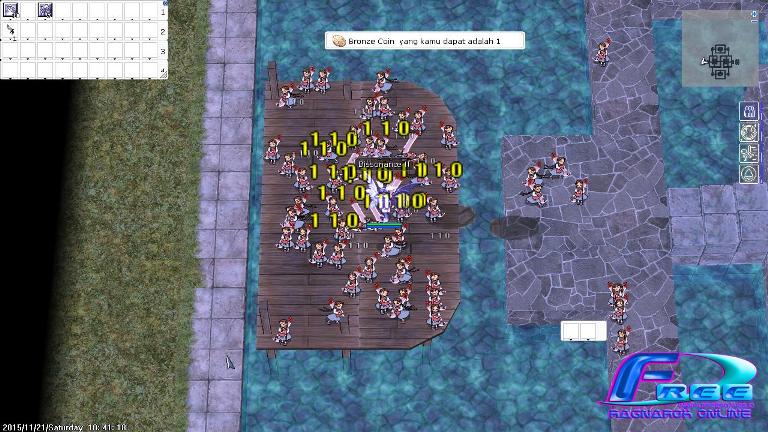 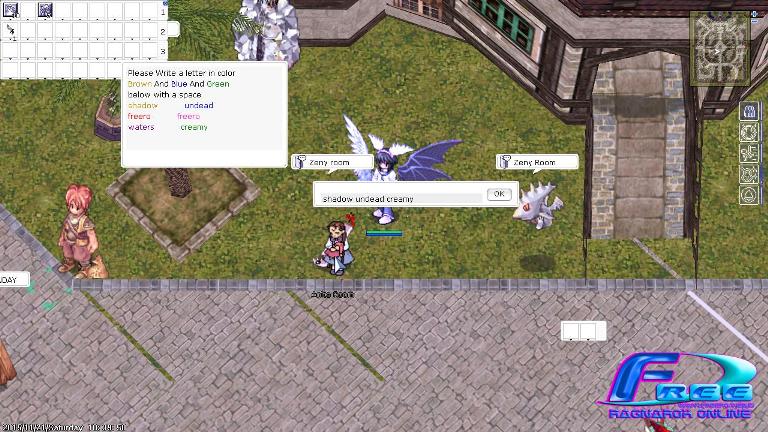 Hello friends and also Admin;)
A year I have been adventuring on FreeRO ...
Let me make a guide for beginners / Newbe in the FreeRO martial arts world.
This thread will explain how to become a billionaire in the world of FreeRO!
Good luck and useful: cheers:

- Prepare the Character.
It is highly recommended to use Job Bard / Clown, because by using this Job, you only need the Skill Dissonance to flatten Anita. For Status characters I recommend Full STR and INT to increase the ability of default weight and maximum SP to use Skills.

- Equip and Item Preparation.
> Weapons
The weapon used is a guitar, without this you cannot use the skill. You can buy it from NPC Minstrel through NPC Mall Warper, any brand is free.
> Accessories and Cards
You can use any accessories that have a card slot, the easiest you can buy a Belt [1] from the NPC Armor Dealer in the City of Prontera. Then the cards used in the accessories are the Cloud Hermit Card and the Mimic Card. By using this pair of accessories, you not only get a Dropan / Loot Coin, but also a Box of Gloom and Old Blue Box that you can sell by way of Vending in the city of Payon.
> Items
A very useful supporting item but you don't have to use it is Puding Melon [Increasing movement speed doubled for five minutes] which you can get from winning Mr. Event. ABCD and Last Man Standing, but if you don't want to bother, you can buy it from other competing players in the city of Payon.
- Soul Linker Preparation.
Yup, without Spirit / Soul, your Bard / Clown road will be slow when using Skill, you can get Spirit from Soul Linker in the middle of Prontera City by typing the word "spirit". If you don't have it, then you have to Dual Login / reopen the FreeRO Client then play the Soul Linker character
[*] and give your Bard / Clown Spirit manually.


[*]
- How to enter Anita Room.
Maybe some of you have difficulty getting into this room, the way is by typing three numbers (use spaces) in accordance with the color order requested by the NPC. For example the picture below NPC asks to enter three words in the order of brown, blue, and green.

- Looking for items to sell.
In this stage I only give a few basic sciences, then you can develop your own business ideas.

The first thing you need to prepare in this method is "Real Money" aka Rupiah, there are two categories of donations:

After making a donation and getting a coin, the next step to becoming a billionaire is to buy a donation item that is in great demand by other players, then sell it into Zeny at a high enough price.
Another advantage of this method is that you will get a Reward in the form of a "Custom Headgear" whose model / shape you can choose according to your wishes based on the catalog provided by the Admin. Headgear effect options given are not much different from the existing ones with the aim to keep the server in balance. The following effect options are given:
UPPER HEADGEAR [500k] :

Option Status can be changed

DEX can be replaced with another status

DEX can be replaced with another status